Costume design in the DCEU has been stunning. The superhero outfits draw inspiration from the comics looks, but veer away from tights and spandex in favour of costumes that capture the spirit of the comics, while also being a little more practical and grounded, things that look better in live action.

Wonder Woman is the most well known female superhero ever, and by a huge margin. If the big three in general are Superman, Batman, and Spider-Man, the fourth – and the first woman on the list – is Wonder Woman. She’s had a lot of suits over the years her character has existed, of varying levels of quality, but the most famous is the look she wore in both the animated Justice League cartoon and the Lynda Carter series. A major consideration in the design of that suit was the sex appeal. Michael Wilkinson, the Batman v Superman costume designer, took a bit of a different route with it. 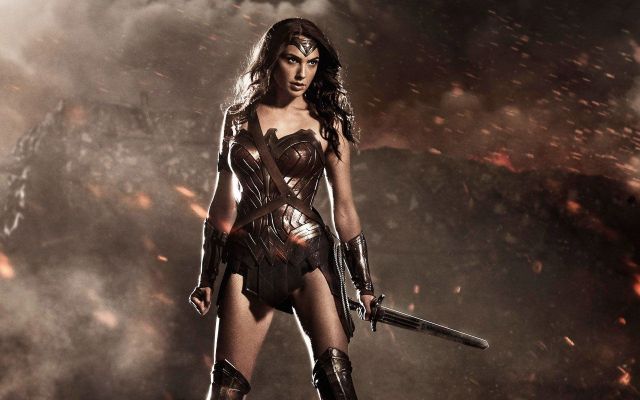 Diana’s DCEU suit is beautiful. It’s practical, with clear Greek influences. It’s something she can move and fight in. The leather and metal gives it a much more grounded, serious, warrior vibe than sticking to the star spangled unitard that is the most iconic Wonder Woman costume, while also loosely resembling Diana’s New 52 look. This suit shows a lot of skin, but neither the costume itself nor the way the movies are shot sexualizes her. Her costume sacrifices some protection so that she can move more easily. The boots are still armour. Her gauntlets span the entirety of her forearms, so they protect her more than the bracelets we see in the cartoon. The WW is everywhere. There are still stars, but they’re a bit more subtle, less reminiscent of an American flag. All those components together help build a suit that looks ancient, gorgeous, and very functional.

Superman is the most iconic superhero in the world. He’s had a huge number of adaptations before the DCEU, which made it important to create a standout costume. And boy, did Wilkinson deliver. 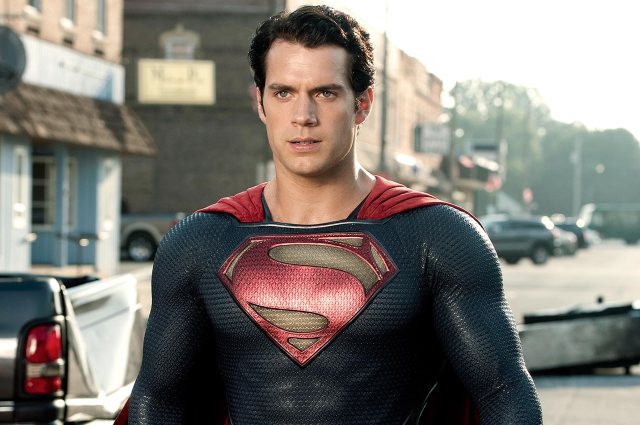 The level of detail in Clark’s costume is astounding. The colours in it are rich and almost regal looking, bright enough to be eyecatching and not look dull or washed out, but no so bright as to be distracting when he’s supposed to be the focus of the scene, not the suit. The texture makes such a huge difference when you compare it to Superman suits of the past. Those were all flat spandex. And that’s fine, for a cartoon, but it doesn’t look great in live action. It’s a bit of a dated look. This one is less silly – it doesn’t look anything like a grown man wearing a onesie. You can imagine how it would feel to touch.

The DC Extended Universe is the first live action adaptation of Aquaman that we’ve seen, and as such, it could have gone in many different ways. The pop culture image of him as a kind of loser that talks to fish has stuck around, even though it doesn’t have much basis in canon. Zack Snyder chose to embrace all the awesome potential of the ruler of the seas and went the route of Aquaman the Complete Badass. 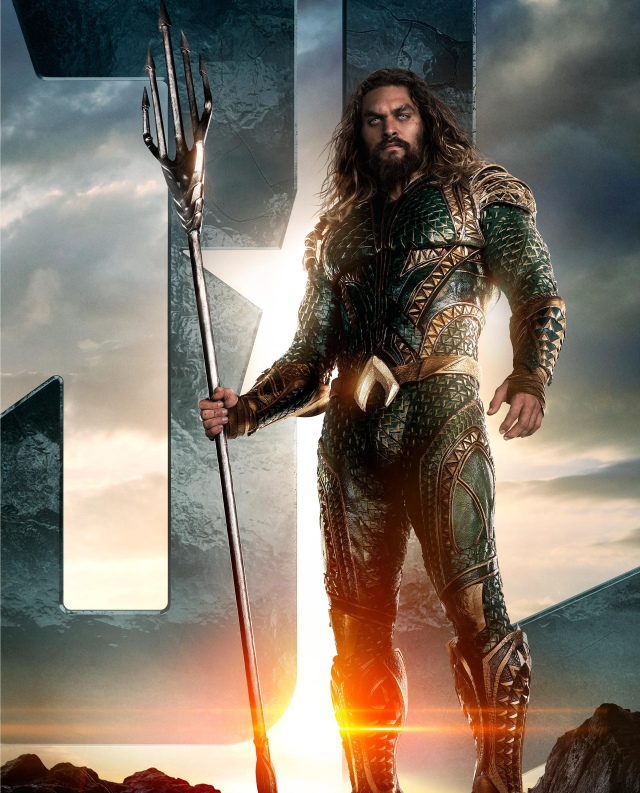 Arthur’s Justice League suit, combined with the fact that it’s Jason Momoa wearing it, makes it very clear that Aquaman is someone you should take seriously. It draws upon Polynesian influences, on Momoa’s Hawaiian background, and that’s an incredibly inspired choice – to make the King of Atlantis Hawaiian makes perfect sense, and to include that in the costume was genius. The shark teeth motif is everywhere, along with a somewhat more subtle spear tip pattern. It’s textured, it’s regal, it’s distinctive. It’s a bold, powerful look, and the costume alone is enough to give us an idea of who this character is.

Mera’s costumes in both Justice League and Aquaman show off just how much thought went into making beautiful suits for different purposes that capture the spirit of the comics costumes. I might even go so far as to say that hers are my favourite in the DCEU. 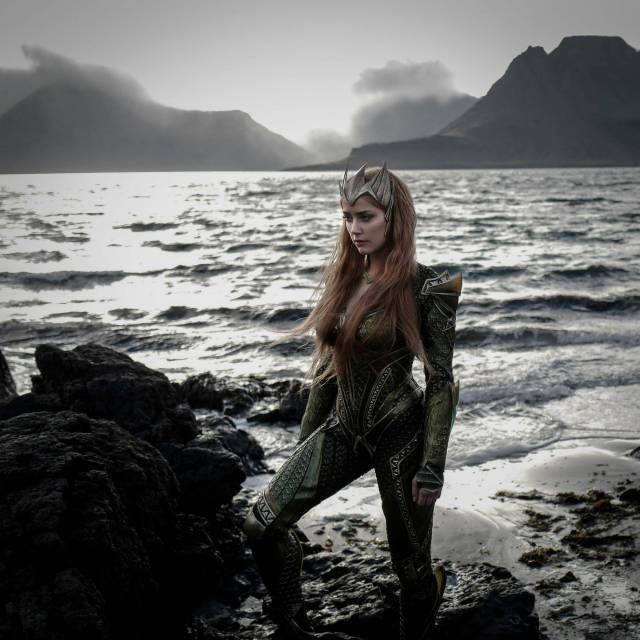 This is a warrior queen’s armour. The scaly look, the stylized shoulder pieces. It’s functional and fit for royalty. It’s formfitting, but in the same way as Superman’s or Aquaman’s is. She’s not wearing a painted on catsuit for the sex appeal. The tightness isn’t what you notice about it. It’s very complementary to what Arthur wears – the same colour palette and ornamentation, similar care taken with the minute details. It’s not an exact replica, but it’s very close.

Her Aquaman suit is clearly designed in a similar style – the scales, the full body coverage, the fingers free to move, the same green with touches of gold colour palette – but it isn’t a combat outfit, and is a lot less ornate. She doesn’t have the plates at her shoulders, elbows, and knees. She isn’t wearing a headpiece. Instead, she’s wearing what looks more like a wetsuit than a suit of armour. This costume, with the vividness of the colours and the low cut of the neckline, is the closest the DCEU has had to a direct comic-panel-to-movie spandex suit, except the details – the lines, the scales, the texture, the shine – distinguish it and keep it from looking like a cheap, tacky Halloween costume.

I absolutely adore the DCEU costumes. There are a lot more that I love that I didn’t mention, but Wonder Woman, Superman, Aquaman, and Queen Mera’s all are fantastic demonstrations of why the detail put into every costume is astounding. I’m so excited to see more in the coming movies.