A couple things that can make nearly everything better, at least to me: mushrooms and goat cheese. So a while ago, I made this quiche with both of those things. 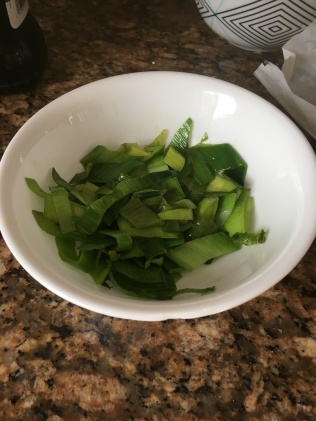 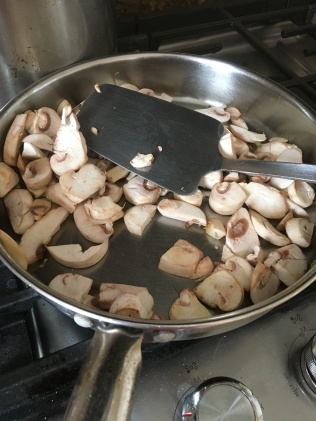 I had never actually cooked with a leek before, and I’d often seen recipes including them, so I figured this was a good a time as any to try them out. I sauteed some, along with my mushrooms and a little bit of garlic, then used the mixture to cover the bottom of a prepared pie crust.

I layered goat cheese on top of the leeks and mushrooms, then poured in the egg-milk-cream mixture. I made the first error of not using a deep dish crust, and the second error of not realizing the problem before I poured in all of the mixture, so it overflowed the second I picked it up. It was a mess. Luckily, through the clever combination of a plate and two, I managed to get  it into the oven. I then had to clean up the egg mess, which was gross.

I have a problem when it comes to cooking new things: inevitably, when I make something for the first time, I under season. Apparently, I’m just subconsciously that afraid of overdoing it on the salt. It wasn’t bad – in fact, I really liked it, especially when I added more salt. But I really need to get better at my first guess.