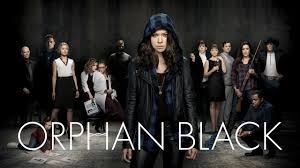 It’s no secret that I adore Orphan Black. It had so much happening that it got kind of hard to keep track sometimes, but the lead actress was so consistently good, it never mattered. There wasn’t a single scene in which she wasn’t excellent.

Seeing other actors talk about her is incredible:

#OrphanBlack is a masterclass in all things television. I’m a better actor after watching Tatiana work. #seriouslyletmegueststar

I was at a wedding last night so I didn’t see the Emmys but YEEEEEEESS @tatianamaslany. Footage of me when I heard: pic.twitter.com/ZxrktMq80e

(Ignore that Patrick J Adams is on that list twice. He’s right.)

Most actors experience a kind of hype backlash. Almost inevitably, there’ll be a small contingent of people that call whichever actor overrated or a bad actor. No actor is universally loved. But Tatiana Maslany’s acting was so spectacular, I’ve never seen anyone claiming she can’t act. (After typing this, I even Googled it to see if I could find someone saying that – no dice.)

She didn’t just provide one Emmy worthy performance – she played multiple vastly different characters, every performance unique and excellent without being caricatures, exaggerated to show off their differences. With Orphan Black, she probably made it impossible to type cast her as anything.

Maslany was the heart and soul of the show. Without her, it would have been a mess. She (and the makeup/costume people) did such a great job differentiating the clones that there were times I forgot they were all played by the same person. There was a running joke in the fandom that when one of the clones wasn’t in an episode, it was because they couldn’t get the actress. There are such clear distinctions between, say, Sarah, Alison, Sarah pretending to be Alison,  and Alison pretending  to be Sarah, that it sometimes seems more likely that they’re just members of a super talented family than it is that just one person is doing it all.

I always struggle with the question “who’s your favourite actress”. It’s a tough question, there are so many good ones. But I might have an easier time with it if I actually remembered that I can answer with Tatiana Maslany.

For some reason, I often forget that Maslany is a potential answer to that question. I don’t know why – maybe it’s just because of Orphan Black‘s relatively small audience, or the fact that I subconsciously think about actors that work primarily in movies when asked that question, but I think there’s a bigger reason. And that’s that I didn’t even think about the huge amount of effort going into filming a scene between multiple clones while watching – I just saw it as a drama. Maslany did such a good job I forgot about the fact she was doing it at all. That’s talent.

Hollywood has a lot of excellent actors from Canada, but the thing with most of these actors is, they’re not heavily associated with Canada, unlike Maslany. Most Canadian actors move south of the border immediately. Until very recently, Maslany was based in Canada and focused on Canadian projects. Most actors need years and a large number of projects to demonstrate that kind of range. Maslany did it in a single episode of Orphan Black.

I’m making the argument right now – Tatiana Maslany is Canada’s best actor because of 1) how convincing she is in every role, 2) the fact that she’s a recognizably Canadian actor, not just an actor that happens to be from Canada, and 3) the way she’s good enough to make the audience forget she’s playing against herself. 1 and 3 may basically be the same point, but it bears repeating – Maslany is the greatest, and I can’t wait to see whatever she’s in next.