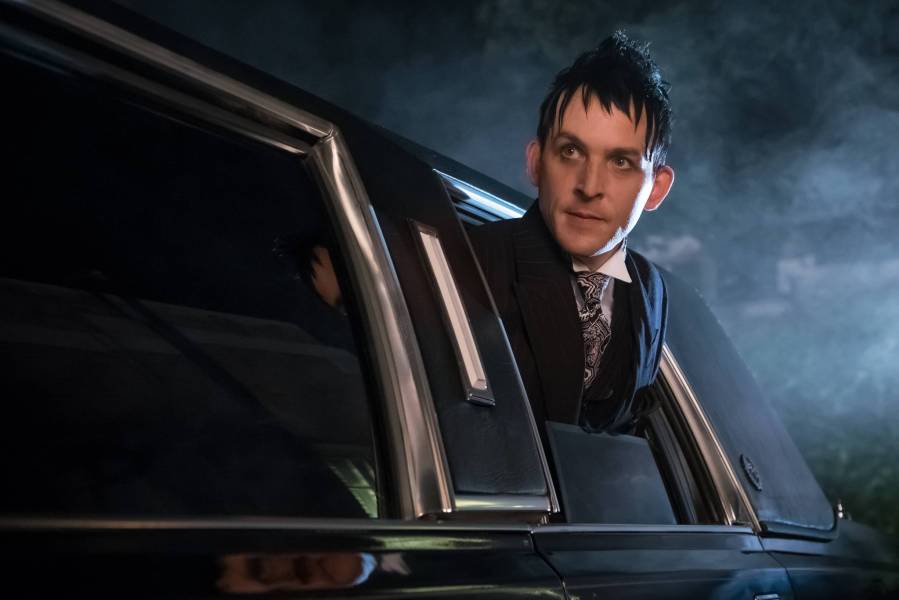 I love Gotham. It’s a great show. But so much ridiculous stuff has happened over the course of the three and a half seasons, I had honestly forgotten about some of it, so I started making a reference post trying to keep track of all of it, because on Gotham, the crazy incidents combine to compose the plot. I started writing this post, and then I realized, hey, I can’t fit it all in one post, so this is going to be a series of several posts, sorted by character – just the mains, of course, if I tried to do every character, I’d never be done. So without further ado, let’s start with the most insane things that have happened to or because of Oswald Cobblepot AKA the Penguin, who began the series holding Fish Mooney’s umbrella while she beat up a man in an alley.

And thus ends season one! Season one wasn’t great. Nor filled with much lunacy for Oswald, beyond the “locked in a car about to be crushed” thing. It picks up in season two, thankfully.

So, onto season three!

…this show just gets weirder and weirder, doesn’t it? Onto season four!

And that wraps up what has been released so far!

…who writes this stuff? I want to send them a fruit basket.