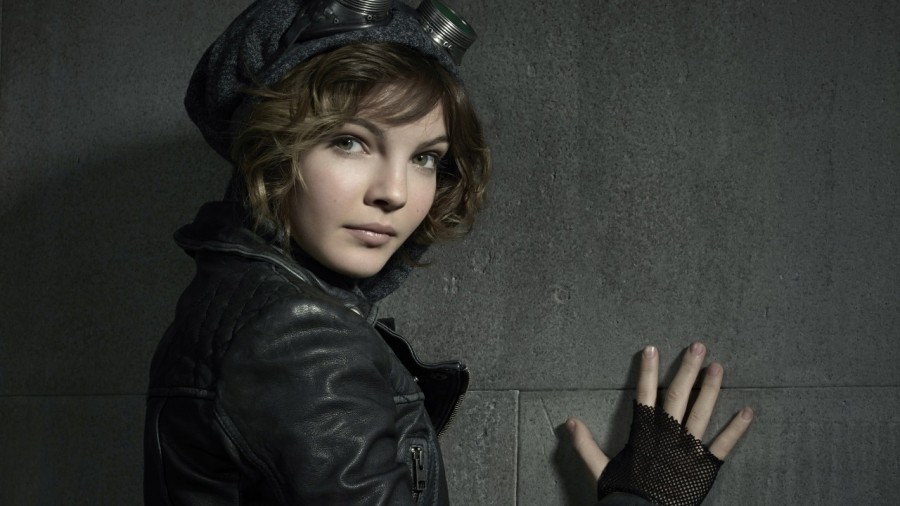 I adore Gotham. I really do. But the way the women are treated bothers me.

I’m not opposed to bad things happening to female characters. Really, I’m not. Not if bad things are happening equally to the male characters. I support equal opportunity suffering. And to an extent, Gotham has that. It’s not that the characters dying are only women. Plenty of bad things have happened to the male characters. Arguably, some of the most uniquely degrading scenes have been involving men. Ed spent months frozen in a block of ice as the centrepiece for Penguin’s club, I mean, damn. And with revenge, it’s often an eye for an eye. Tabitha killed Oswald’s mother. Oswald retaliated by killing Butch. One woman, one man. But the women usually have significantly worse writing. Butch got shot after four seasons of development because Penguin wanted revenge on Tabitha for killing his mother, who had no development. Kristen and Isabella were shoved in the fridge for Ed’s character development into a villain. The sexualization of Ivy has been creepy and gross. Alice Tetch was only around for about two episodes, after which her blood played a more important role in the plot than she herself did. Valerie got shot because Gordon loved Lee. It’s not about them outside of their relationships with male characters.

Isabella’s few episodes were some of the worst writing Gotham has ever had. Gotham‘s primary strength has never been good writing – the  writing is usually decent, and at points, excellent, but what makes it stand out isn’t a clever script so much as good performances, gorgeous settings and visuals, just how much it commits to the “love child of the Nolan and Burton movies” aesthetic. But Isabella’s episodes? Just some random woman that liked riddles, happened to look exactly like Ed’s dead girlfriend, and didn’t pay attention to the news enough to know who the guy she was seeing was? It was sloppy. She existed for the sole purpose of driving a wedge between Ed and Oswald.

A similar point can be made about Valerie. Her whole storyline was basically being Jim’s rebound girl that helped him investigate a case, and it culminated in her never showing up again after Jim got her shot. She deserved a whole lot better than that. It would have been bad no matter how else they wrote it, but had they instead gone the route of it not being about Gordon preferring her to get shot because he loved Lee but because Lee is a doctor that could keep her alive until the ambulance got there, it would have felt way less sexist (Not really, because Mario was also a doctor and locked in the bathroom, but still). The way it actually went, it felt like the show was saying that neither she nor Lee really mattered as a character outside of Gordon’s interest in them.

Lee was once the heart of the show – she wasn’t the main character, and one could even make the case she was a minor one, but she was the conscience. That went off the rails in seasons three and four, especially once she teamed up with Nygma. And don’t get me wrong – I love vastly unhealthy relationships in fiction. Relationships featuring characters that are an absolute toxic trainwreck together can be enormously entertaining. But I don’t think that’s quite what Lee and the Riddler were, and that’s because their negative history wasn’t mentioned at all while they were together.

Season four was something like Lee’s rebel phase. Gordon had his in the first half of season three, when he quit the GCPD to be a bounty hunter/private investigator and spent most of his time getting drunk. Lee spends season four trying to figure out what the hell she wants out of life and trying to atone for what she did after Mario’s death. From that perspective, it makes sense that she’d do things like get involved with a murderous supervillain.

Lee and Ed could actually be interesting. She’s gotten darker, what with everything that happened with her soap opera relationships – between dating and breaking up with Gordon, her miscarriage, marrying a Tetch virus infected Mario, her ex killing her new husband, infecting herself with the virus, and her sister in law bashing her hand in with a hammer, she’s had a really rough few seasons. And after Ed got off ice, we saw glimpses of the person he used to be – the person Lee once considered a friend. I’ve seen a lot of people say that Lee would never forgive Nygma after everything he did to her, and I get that, but I also think that after her experience with the virus, she would try to see the good in him. Instead, their relationship involved a lot of focusing on how Lee “likes danger”. Their whole thing in the season four finale was weird. And Lee’s reasoning for stabbing him, while not invalid, had nothing to do with all the ways Ed had screwed up her life, just that he has a history of killing people and she didn’t want to be on that list?

Most of Lee’s season four story arc could have happened without the romantic element to her and Nygma’s relationship, or even if said romantic element got introduced more slowly. That would have given it a very different connotation and put them on equal footing. It would have probably ended in a pretty similar way – Gotham has established itself as very much an Elseworlds take on the Batman mythos, but traditional canon is still the best guide, so a Lee Ed relationship, whether romantic or platonic, would probably end with her on the side of justice and Batman, and him as a super villain no matter what. But as it was, it felt kind of like Isabella did – more about him than her and about driving a wedge between him and Penguin than developing her. Lee deserves more than that. She deserves a storyline of her own, one that isn’t tied to a male character.

Sofia could have been a clear way to do that. It would have been a callback to season one and the crime drama roots of the show. But her and Lee’s conflict only lasted a couple episodes. Lee did get to shoot her, but it falls kind of flat compared to the seasons long revenge plots other characters get. Sofia herself didn’t get to be nearly as competent a villain as she should have been. Yes, she managed to meteoric rise to power and gained control of the underworld faster than any other character, but her rise and fall took place over the span of like five episodes because while she was cunning enough to gain power, she was also dumb enough to piss off everyone in the city while doing so.

I think Selina, ironically enough, is the female character whose storylines have been the least dependent on a male character. That is, until the last few episodes of season four. Season four is my favourite season. Every episode has been great. I’ve seen people calling it messy, and I’m just…what? And I thought the last couple episodes were especially good. But I’m really not a fan of the “she might not walk again” thing.

I hate The Killing Joke on principle. I always have. I thought it was gross and sexist and involved treating Barbara as an extension of the male characters in her life instead of as her own person. But I have mixed feelings about it when I think about it more. It’s because of The Killing Joke that we got Barbara as Oracle, but that was never the intention of the story. The story wasn’t about her. If it had been, if it had been intended as Barbara’s Oracle story, then yeah, I’d have liked it a lot more. But it wasn’t. And I think that using that story is even grosser when it’s not about Barbara.

I’m confident Selina is going to make a miraculous recovery, despite the fact the doctor told Bruce she wouldn’t walk again, because she’s the future Catwoman, not Oracle. Gotham may make a lot of changes to the mythos, but I very much doubt they’d go the Selina as Oracle route. I’d be pretty upset if they did, actually – I like what if stories where different characters become different heroes, but the thing about those is there has to be work put into it. A change in circumstance, a new character in their life, something. That’s not the case with Gotham. For the past four seasons, Selina’s clearly been building to becoming Catwoman. Living on the streets, becoming a better thief, learning to use a whip. Her becoming Oracle just because she was shot? That would just be bad writing.

While the Gotham writers aren’t above an occasional cop out or avoiding consequences, they’re certainly better than to not give a character an actual arc. Especially if they want it to be believable that said character takes on a different role than they do in the comics. Meaning this story – Selina getting shot, her and Alfred leaving Gotham while Bruce stays behind – wouldn’t even serve that purpose of giving her a hero origin story. It would just be hurting her for the sake of Bruce’s angst. Or not even that, really, with what we’ve seen so far – hurting her to get her out of the way of the story. It would be pointless. It would have been one thing if she just got shot. But they just had to reiterate the fact that she may never walk again. Yeah, that was probably just a mythology gag, but seeing as it’s almost certain that she will, it just comes across as pain for pain’s sake.

I loved the last two episodes of season four. I thought they were gorgeously done. But they don’t exist in a vacuum, and when considered alongside the rest of the show, they drive home the point that Gotham doesn’t treat its female characters very well. I adore the show, I know I’m in for a good time every time I sit down to watch, but I would really appreciate the women getting a bit more agency.