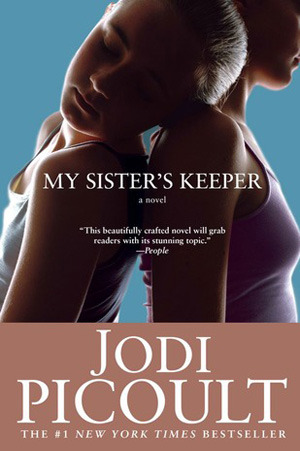 One of the things I admire most about Animorphs has always been the ending. It wasn’t a downer, exactly – the world was saved, after all, and if the cost is the souls of six children…well, many would call it a small price to pay. It was tragedy in the truest sense. The good guys weren’t rewarded with happily ever after. Not because they didn’t deserve a happy ending, not because it’s just, but because it’s war. And like in any real war, it wasn’t fair, it wasn’t right, it just was. There is no such thing as a glorious war. Necessary, perhaps, like the one around which Animorphs revolves. But even a necessary war will result in a lot of dead and injured and grieving.

Everything about the ending of the series felt earned. Like this was where it was always headed. It wasn’t a triumphant victory where cutting off the head of the snake or capturing a MacGuffin resulted in the good guys winning. No, it was years of them chipping away at an unstable empire, poking at different places and seeing what worked until it eventually collapsed. And there’s something about the narration…It’s childish. It’s simplistic. It’s so, so real. Because it’s not just a question of them being books for kids, it’s about how they’re written about kids. They’re children’s books from the perspective of a child. There are bits of gorgeous prose interspersed between scenes of horrifying violence and hilarious ones of aliens discovering chocolate. There are references to poems like The Second Coming and The Rime of the Ancient Mariner, as well as works like Lord of the Rings and Star Wars. It was children’s literature pointing out the best and worst of humanity, how we don’t have the best track record of tolerating differences, how we kill each other for praying differently to the same god.

A happy ending would have felt dishonest. And the sheer boldness of book 54 still takes me aback. This was a children’s book. Not a young adult one, an unashamed children’s book. A children’s book with no happy ending. That was the gutsiest writing choices I’ve ever seen. That book is probably why I am – or used to be, at least – a bit more susceptible to writer fake outs than most people. Because where most people see a major character death or what looks like an upcoming tragic ending and think, like you would really do it, I remember Animorphs, which did do it. For that reason, book 54 is pretty much my favourite book in the series and one of my favourite books altogether. I am fully in support of happy endings. But there’s a reason it’s the bittersweet ones that stick with me.

Something I’ve found is that epilogues that skip a significant amount of time into the future are dangerous. They run the risk of being contrived happy endings, where we’re told something is happy, but they don’t really feel happy, partially because we don’t see how the characters get to that point. There are two obvious examples of this – the first is the most famous example of young adult dystopian fiction. The second is the children’s series that completely changed the course of children’s publishing.

The Hunger Games was about children being forced to fight each other to the death for entertainment and a rebellion against an oppressive government. At best, I expected it to end bittersweetly. After all, we’re talking about one of the closest equivalents there is to Animorphs. Targeted at a young audience, a huge amount of graphic violence, heavily anti-war themes, a lot of the books dedicated to the characters’ trauma…when Mockingjay came out, I thought I knew, generally, where it was going to go. I even continued thinking that through maybe half the book. It seemed poised to deliver a sad ending. Maybe not quite a tragedy, but certainly not a happy one. And at first it did. But then came the epilogue.

The last chapter of Mockingjay was much more satisfying to me than the epilogue. I didn’t love the book overall – I thought it was by far the weakest of the trilogy. But the last chapter didn’t feel like a cop out. It hinted at future happiness without being too overt and saccharine. District Twelve was in ruins and pretty much everyone decided to leave and never come back. The people that stayed were the ones that thought everywhere else was worse, that had lost everything, that were so traumatized by everything that had happened, the only thing they could think to do was go home. But despite that, Peeta, Katniss, and Haymitch were all alive and together and recovering. They found things to focus on. They lived with the only people around that understood what they’d gone through. Katniss and Peeta rediscovered their love for each other. It felt right. But instead of just leaving it at that, there was that epilogue that skipped years into the future to have Katniss watching her children play in a meadow. Maybe it’s just me, but that felt disingenuous. It felt like running away from the earned ending.

On a similar note is Harry Potter. At the time The Deathly Hallows came out, I’d spent my entire life with these characters – the first book was published the same year I was born. I started reading them when I was like four. I wanted a happy ending. I still think the epilogue was a pretty good kind of cheesy, but it was jarring when you compare it to just a few pages before.

I’m not one of those people that hates the Harry Potter epilogue or what Harry named his kids. But skipping ahead nineteen years, skipping the recovery period…it felt kind of cheap. It felt far less fitting than the last chapter. The last chapter wasn’t a downer. It was bittersweet, and much more sweet than bitter – lots of people were dead, but Voldemort was one of them. The war was over. There were still things to do and loose ends to tie up, but it was clearly pointing in a hopeful direction. It wasn’t The Hunger Games, which practically gave me whiplash with the contrast between the epilogue and the rest of the book. It was closer to a logical extension. But it still didn’t feel right.

On the other end of the scale is stories that, instead of forcing a happy ending instead of the earned sad one, are stories that pull a downer out of nowhere, out of the misguided belief that True Art Is Angsty. Like, I recently read My Sister’s Keeper. To me, that came across as such a huge Shoot The Shaggy Dog story, I didn’t know what to do with it. It wasn’t a contrived happy ending, it was a contrived and manipulative sad one. Instead of genuinely exploring the characters’ emotions, Jodi Picoult opted for melodrama and cheap twists. I find endings like that just as – if not more – annoying than those that pull a happy one from thin air. Because when it comes to me and endings I find satisfying, it’s more than about earning a happy ending. It’s about following through to the ending you’ve earned, the one that makes sense for the story. That’s not to say a brutal, devastating story can’t have a positive ending, or a mostly positive, hopeful story can’t have a dark one, but if handled poorly, it feels like a cop out. That’s precisely why so few things have ever lived up in my eyes to the Animorphs ending.

The format of Animorphs was both a blessing and a curse. Sure, it resulted in books of wildly varying quality being pushed out at a breakneck pace. It meant the series was never going to be taken seriously by a wider audience. It meant that it would never work as a movie adaptation. But I have to love it, because if we had fewer, longer books, or if they were published at a different time or for a different audience, we never would have gotten something like the final book.

That entire book is dedicated to the “what happens now”. And that makes you expect that it’s going to turn around, that it won’t be bleak, that the book will be about them them moving on and getting better. And it does…at the same time as it doesn’t. It has everything every book in the series does – it makes you feel every emotion possible in less than two hundred pages. Even more impressively, it does that without a real driving plot.

Book 54 is more focused on character development than it is with having its own individual plot. It’s about wrapping up the character arcs and plot threads from the preceding books. It’s slow. Or maybe that’s not quite it – slow is close, but the wrong word for the feel of the book. Maybe measured? Introspective? It’s calm. Compared to the frenzied pace of pretty much all the other instalments, it’s downright placid. It gives readers time for it all to sink in. It takes all the brutality of the series and brings it to its natural conclusion, because as it made clear from the beginning, there are no happy endings in war. It’s honest about it – there are no right answers. There are no glorious wars. Some people will be able to move on, even thrive. Others won’t. Because even the most necessary of necessary wars with clear lines between good and evil, right and wrong, will end with death, grief, and horror. That’s why I always find myself coming back to Animorphs. It’s one of the greatest endings I’ve ever had the pleasure of experiencing. It’s just too bad it kind of ruined me for books that don’t follow through on what they’ve earned.

Do you have any books with endings that completely satisfied you? Let me know! I’m always looking for new things to read.

2 thoughts on “Earning Your Ending: Following Through On Story Themes And The Frustration Of Stories That Don’t”