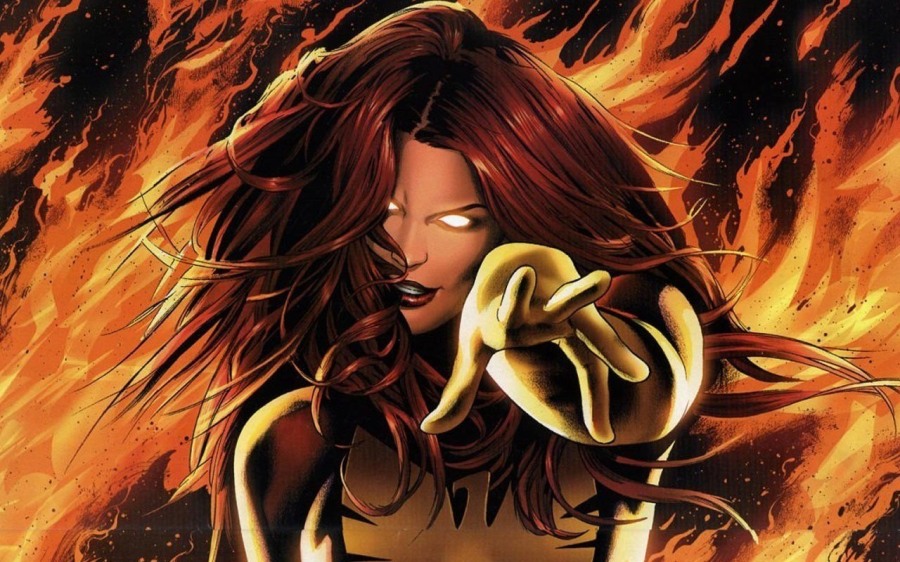 Seeing as the first Dark Phoenix trailer is going to be released tonight, I thought this would be an appropriate time to talk about Jean Grey, The Dark Phoenix Saga, and how the two have been interpreted in all forms of media in the past nearly 40 years. I’ve done a few posts similar to this before – this one, where I discussed the regurgitation of storylines rather than trying anything new; this one, where I touched upon why adapting specific storylines isn’t necessarily great; and this one, when I pointed out why we remember the original Dark Phoenix story as much more sexist than it actually was. In that last post, I mentioned the fact that the original story was much less “Jean going crazy because she just wasn’t strong enough to handle all that power” and more “the Hellfire Club manipulated her and screwed with her head until she didn’t know what to believe anymore”. What most of us tend to remember though isn’t the latter, but the former. And that has consequences, even beyond adaptations acting as if that’s the only story Jean’s ever been involved in. Because it’s not just directors and screenwriters, it’s people involved in comics.

I Tweeted something a while ago. It was something about how comics Captain America gets pushed as some moral ideal and a representation of the best of America, but how the actual text depicts him more as a huge hypocrite and a fascist that’ll invade countries to arrest teenagers that haven’t committed crimes. Some stranger decided to drop in and comment, calling Scott a crazy person, calling me a Cyclops apologist, and all sorts of other nonsense (I ended up blocking him for being a pain). Now that I think about it, I realize that does a lot to demonstrate how both audiences and writers misremember stories because of their own preconceived notions and those stories’ places in our collective pop culture memory.

So many stories have been unbelievably nonsensical because of this misremembering of the Dark Phoenix saga. It’s inconsistent no matter what we accept as true. It’s especially ridiculous if you try to make sense out of it. Maybe that’s part of the reason why people like me see Avengers vs X-Men as clearly putting the Avengers in the wrong, while writers and other parts of the audience think that the work is demonstrating Cyclops as some reckless, crazy person: people like me remember that if we accept the only version of the story that’s ever made any sense as true, Cyclops saying that the Phoenix is a force for rebirth isn’t just the ravings of a man desperate to save his species. It’s him actually thinking about the facts.

I don’t care how many times Marvel tries to retcon the original Dark Phoenix story in stupid ways. It never made sense that it was the Phoenix itself impersonating Jean, and Marvel has never let Jean move on and have stories totally unrelated the Phoenix, so I have always refused to accept the claim that Jean’s most famous story isn’t about her, because if she’s never going to live down the Phoenix arc, it damn well better be about her. And honestly, that’s probably a good thing. Because if I took Marvel at their word, I’d have to question why the fuck they’re being both a) so misogynistic as to suggest that it makes more sense to have a woman be impersonated by an all powerful force that nonetheless behaved exactly like her, couldn’t control itself, and sacrificed itself for that lack of control than to actually let her be the most powerful X-Men character on her own,  and b) so unbelievably tone deaf that people from a group representing a persecuted minority are supposed to face consequences for things they did while possessed, including claiming one of them is a monster for killing a man in self defence when he was being attacked while working to improve the world.

Marvel doesn’t know what they want to do with the X-Men or the Phoenix. At all. Avengers vs X-Men proves that beyond a doubt. A friend and I were discussing how much we hate stories like it a while back. As she put it – and I swear, she said it, not me, I have screenshots if you want proof – Batman v Superman is a good example of pitting characters against each other for a story, Avengers vs X-Men and Inhumans vs X-Men are not. Not if you still want either the Avengers or Inhumans to be perceived as heroes, which the writers clearly did. It wasn’t a good story, and it demonstrated a reliance on the Phoenix to create drama, rather than leaving it well enough alone.

This refusal to let the Dark Phoenix Saga stand alone – without bringing back the Phoenix, without having different characters be hosts to it, without retconning it repeatedly – isn’t good storytelling. It was a great story! But it should have gone the way of God Loves, Man Kills – remembered as awesome, but for the most part, left alone, without being rehashed over and over again. The fact that it hasn’t has helped contribute to the mess of X-Men comics and movies both. I’m over it.