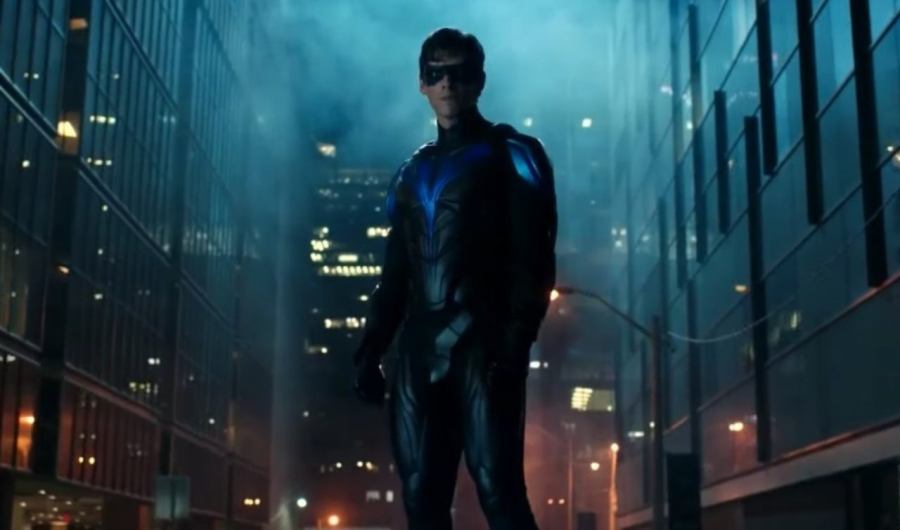 As I say pretty much every time I start talking about comics, Richard John Grayson has been my favourite character forever. So now that Titans is on the verge of him putting on the Nightwing suit, I think it’s time I talk about how I feel it’s handled the journey to this point. Nightwing is about far, far more than the suit. I think I made that point before when it applied to Gotham – Batman is more than just a suit that Bruce wears. That means that I have a few issues with how Titans is going about that transition.

One of the things that was wonderful about season one was that it wasn’t about Bruce. Like, at all. Dick was at the lowest point in his life, but it was about him. Yes, Bruce plays a major role in his life, but as much as Dick blames him and resents him, it’s not really about him. But since they cast someone for the part, we’re being put into a position where Dick needs Bruce for everything. He needs him and a whole team of people to make his suit. He needs him to give him Titans Tower. He needs him to make decisions. Bruce, Bruce, Bruce. Everything comes back to Bruce in a way that just didn’t happen in season one.

Hallucination Bruce isn’t really Bruce. Duh. He’s Dick’s conscience, his way of working through information alone, the manifestation of his worst fears and insecurities and guilt. Everything hallucination Bruce says is something that Dick knows but doesn’t want to confront, or something Dick’s subconscious knows, but his conscious mind hasn’t actually figured out yet. So that fight scene? It has nothing to do with Bruce and everything to do with Dick. Fandom keeps trying to make it about Bruce – like, “yes, this is exactly Batman!” Except the entire point is that it’s not. It’s Dick projecting, it’s making his father into this larger than life figure that’s strong enough to throw him clear across the room, still seeing himself as the kid that couldn’t stand on equal footing with him. It’s not about any of that being true in reality. It’s about him knowing that he’s not Robin anymore, that he’s grown up into something more, something better. Titans does a much better job than I originally anticipated of balancing the different aspects of Dick’s character, but it still fails to grasp the full scope of why he matters, and the interpretation of that fight being about Bruce is a byproduct of how the entire season has ignored has ignored a lot of what makes Nightwing.

Nightwing is interesting in part because he’s a walking contradiction. He has more friends than Bruce ever will, yet he operates independently. He has been a part of countless teams, yet he’s more introverted at heart than Bruce has ever been. The Titans writers haven’t been doing nearly as good a job lately at handling that.

Let’s start with Rose – Rose and Dick’s relationship is hugely important in the comics. He trains her; he inspires her to break away from her father and become a hero; he’s the reason that she becomes a Titan. That’s a role in her life that no one other than Dick could have taken on – it requires the relationship with Slade as well as Dick’s idealism and determination, his insistence on looking for the best in other people. Titans glosses over all of that in favour of putting Rose alongside Jason. That’s tied to an issue that I pointed out in this post – with every additional Robin, more and more of Dick’s characteristics and relationships get leeched away from him to be handed to the new Robin. In this case, the writers had to give Jason Dick’s relationship with Rose to keep him relevant to the season. Yes, they made it romantic instead of the mentor-mentee dynamic that defines how Dick and Rose interact, but it’s the same basic principle – a relationship that pulls Rose away from her father and towards heroism.

In Titans, it ends up falling flat because we don’t see much substance to Rose and Jason’s relationship at all. It was Rachel that stood up for her in the beginning, and she was standing up for her to Jason. We don’t see them doing anything to inspire each other. Hell, there’s barely any reason they stuck together at all.  Not only does it have to do with the way Jason ends up taking on Dick’s characteristics, it has to do with how even within this universe alone, Rose has been an afterthought. She showed up, we get some insight into her famijly dynamics, but it’s not part of the running theme of the show. It’s separable. You could remove it and the show would still make sense. That’s the same problem as with a lot of the subplots – all of them are included, but they’re so disconnected it doesn’t mean anything. In season one, the running theme was one of identity. But in season two…Kory. Rose. Hank and Dawn’s drama. There isn’t anything connecting any of those plots. They’re just there. Even Dick’s rivalry with Deathstroke, something that I love, is still a little bit lacking. As I said before, they’re still missing the full spectrum of the character.

Fighting skills are a very small part of the picture of what makes a character, so in most cases it wouldn’t bother me to see Dick depicted as not Deathstroke’s equal. But in the trailer, we see him knocked to the ground, seemingly in the same scene as initially confronting Deathstroke, so Rose can fight her father. While that’s obviously an important thing to see…the timing is frustrating. Dick putting on the Nightwing suit and taking on the Nightwing name is a huge moment. It’s important. Dick is the central character of the story. The plot of the first season may have revolved around Rachel; there may be a huge number of characters with subplots. But the constant is Dick. The entire show has been building up to him leaving Robin behind. And to have the moment where we finally get a visual recognition of how he’s moved on be undercut with an immediate shift towards someone else…well, that’s not great. It’s what Titans did last year all over again, in terms of fumbling at the end.

And then there’s the issue of the Stu thing. I get it – it was pretty funny. But that doesn’t change the fact that it didn’t make sense. For a start, is there a single person in this entire universe that doesn’t know Batman’s identity? But more importantly, Nightwing is about independence. It’s one thing for him to use Bruce’s money once he’s established – he does that frequently in the comics, and I have no objection. It’s an entirely different thing for him to need Bruce’s resources to become Nightwing at all. In Titans, not only does he need to go to Bruce’s guy to get a suit made, Bruce already had him start on it. It’s taking away so much of Dick’s agency in the matter. He’s being made into a perpetual second stringer, rather than a grown adult that doesn’t need Bruce’s help or permission to be a hero.

None of this really matters. Dick Grayson is my favourite comic book character of all time. I’m so ecstatic to see Nightwing finally exist in live action. That has been true and still is true. I’m just…a little displeased with how the leadup has been handled.