I intern at an automotive parts supplier, and so I got a chance to drive a few cars down a test track a few days ago.

It felt strange to be driving a pickup truck – I’ve never done that before, and I wasn’t used to being that high off the ground, but it wasn’t hard to control. It didn’t feel oversized, though somehow, driving it with the validation engineer in the passenger’s seat made me feel like I was taking my test again. I’d never buy a truck – I probably won’t ever have to haul a lot of stuff around, they’re heavy, they’re fuel inefficient, they take up a lot of space, and so on – but it was nice to drive one around and see what it’s like.

The Mustang wasn’t exactly what I’d call comfortable. Maybe I’m just too used to driving a Lacrosse, but something about the seat and climbing into the car just felt awkward. It’s not that I’m too tall – I was wearing heels, but even so, I probably topped out at less than 5’6″. I didn’t love how it handled. The steering felt a bit stiffer than I liked. The car had electric power steering, but even so, at low speeds, when a motor should be applying assistive torque, it felt like the wheel had too much resistance.

It was kind of fun to go from 0 to 70, then right back down to 0. I was gentler than most other people – I have too much respect for a car’s tires and brake linings to abuse them, even if it’s a) not my car, and b) a test vehicle – but it was still a much faster acceleration than in an every day situation.

I’ve talked before about how much I loved my Grand Prix, and this reminded me that that’s still my favourite of all the cars I’ve ever driven. It’s a very well rounded vehicle – not the best in any aspect, but very good in every one. 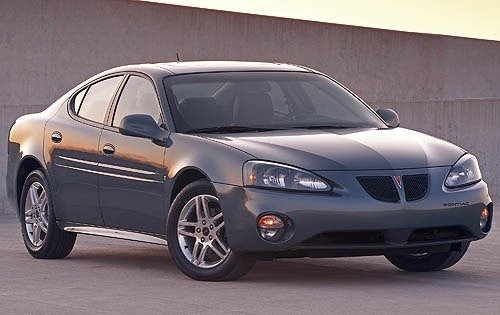 When I was in high school, I drove a Grand Prix. I learned to drive on a Cruze, so it was a little bit of an adjustment at first, but I loved that car.

It wasn’t something I really fully appreciated then, but since then, after driving other cars, I’ve realized just how well that car handled. It was very wide, which made it kind of a pain to park when I first starting driving it, but that and its low centre of gravity made it beautifully stable. It handled turns at speed excellently. It looked great. It was a performance vehicle with an excellent design – practical and functional without sacrificing the aesthetics.

I drive a Buick Lacrosse now. There’s nothing wrong with it at all. It drives fine. It’s somewhere between the Cruze and the Grand Prix for me – it’s a solid car, not difficult to drive at all, very comfortable for long distances, but none of the specific advantages of either of the other two. It’s very middle of the road, decent in everything, but nothing about it sticks out to me. It’s bigger than the Cruze, so it’s less easy to park anywhere. It’s heavier, too, so driving in the snow down the dirt road to my house isn’t as scary, but it doesn’t have as low a centre of gravity as the Grand Prix.

GM stopped manufacturing the Pontiac brand in 2010, and I understand why. They weren’t doing well, and it made sense to cut Pontiac loose instead of any of the four they kept making. But I seriously wish they were still being made, because my Grand Prix was a great car and I miss it.